Another officer with the school district’s police department had sped through the school’s parking lot while the gunman was there but didn’t see him.

Those were among a series of missed opportunities, mistakes and “key issues” which, if handled differently, could have helped avert the tragedy, according to the first part of a report by the Advanced Law Enforcement Rapid Response Training (ALERRT) Center, an active shooter and attack response training provider at Texas State University.

Two unlocked doors, a lack of effective command, the positions of officers inside and a loss of momentum after authorities entered the building were other issues highlighted in the report.

The report should not yet be considered a “definitive or final report as all investigatory options have not been exhausted,” it added.

Uvalde school district police chief Pedro “Pete” Arredondo, who was identified by state authorities as the on-scene commander during the attack, told the Texas Tribune last month he did not consider himself the incident commander and assumed that another official had taken control of the larger response.

Report: Once inside, officers lost momentum

The first officers who entered the building after the gunman correctly moved toward the active gunfire, the report said.

But after the gunman, who was inside the adjoining classrooms where the massacre unfolded, began firing at the room doors, the officers retreated, the report said. 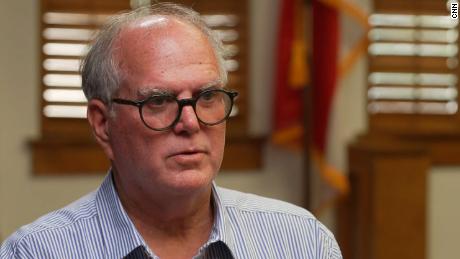 “Maintaining position or even pushing forward to a better spot to deliver accurate return fire would have undoubtedly been dangerous, and there would have been a high probability that some of the officers would have been shot or even killed,” the assessment added. “However, the officers also would likely have been able to stop the attacker and then focus on getting immediate medical care to the wounded.”

Instead, after the officers retreated, it took more than an hour “to regain momentum” and get to the victims, the report said.

“While we do not have definitive information at this point, it is possible that some of the people who died during this event could have been saved if they had received more rapid medical care,” it added.

Having teams of officers on both sides of the school hallway was another problem, according to the assessment. If the suspect came out of the classroom, officers from both sides of the hallway would likely have begun firing, creating a “crossfire situation” in which they could have shot each other, it said.

“The teams should have quickly communicated, and officers at one end of the hallway should have backed out and redeployed to another position,” the report said.

Two doors that should have been locked were also flagged by the ALERRT report: the external building door that the gunman entered the school from and the classroom door he later used. 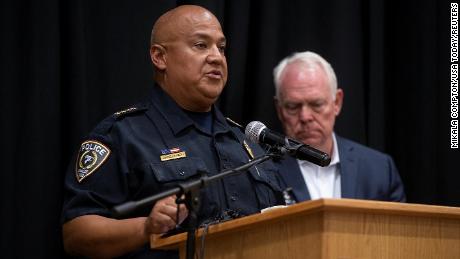 The exterior building door had been propped open by a teacher and then closed by the same teacher before the gunman approached, the report said, echoing prior statements from Texas authorities.

But the teacher did not check to see if the door was locked, and so the shooter was “able to immediately access the building,” the report said.

However, even if the door had been locked, the report added, it had a steel frame with a large glass inlay — which was not ballistic glass and did not have a film — that the gunman could have shot at and then used to open the door.

Once inside, the shooter was also able to enter the adjoining classrooms, ALERRT experts noted. The lock on one of the rooms had been “reported as damaged multiple times,” according to an investigating officer cited in the assessment.

The suspect was not seen at any point engaging with a locking mechanism on the classroom’s door and “based upon this, we believe that the lock to room 111 was never engaged,” the report said.

In a statement, Texas Lt. Gov. Dan Patrick said the report corroborates earlier testimony from Texas Department of Public Safety Director Col. Steven McCraw and added the assessment was “very difficult for me to read.”

There will also be reports from the FBI, the Texas Rangers and the District Attorney in the “coming weeks and months,” Patrick said.