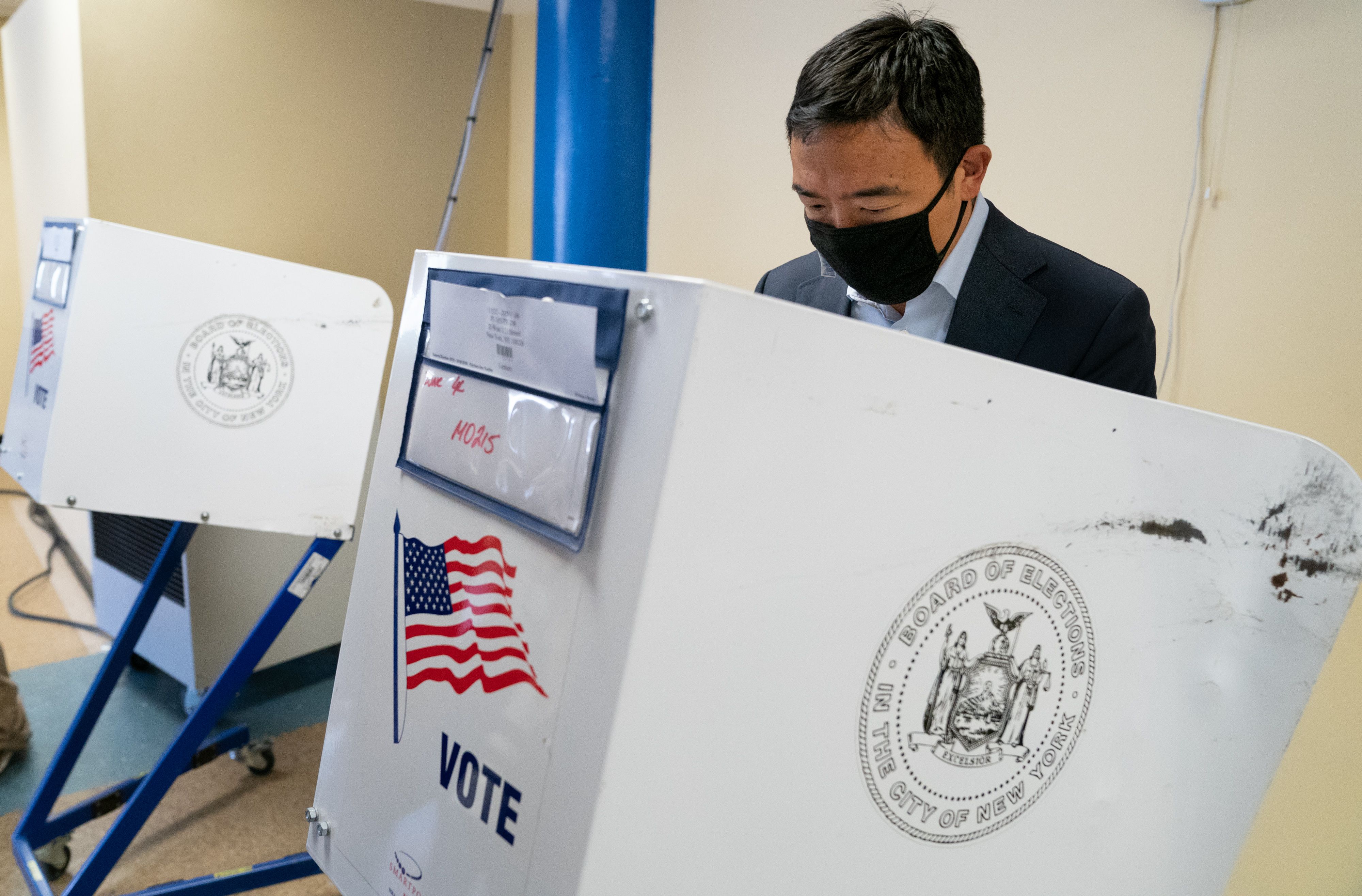 He declined to detail how he ranked his opponents, following the example of the first three Democratic contenders to vote — Kathryn Garcia, Shaun Donovan and Maya Wiley. But Yang previously said that he planned to rank Garcia second, and he’s often praised the city’s former sanitation commissioner, particularly earlier in the race.