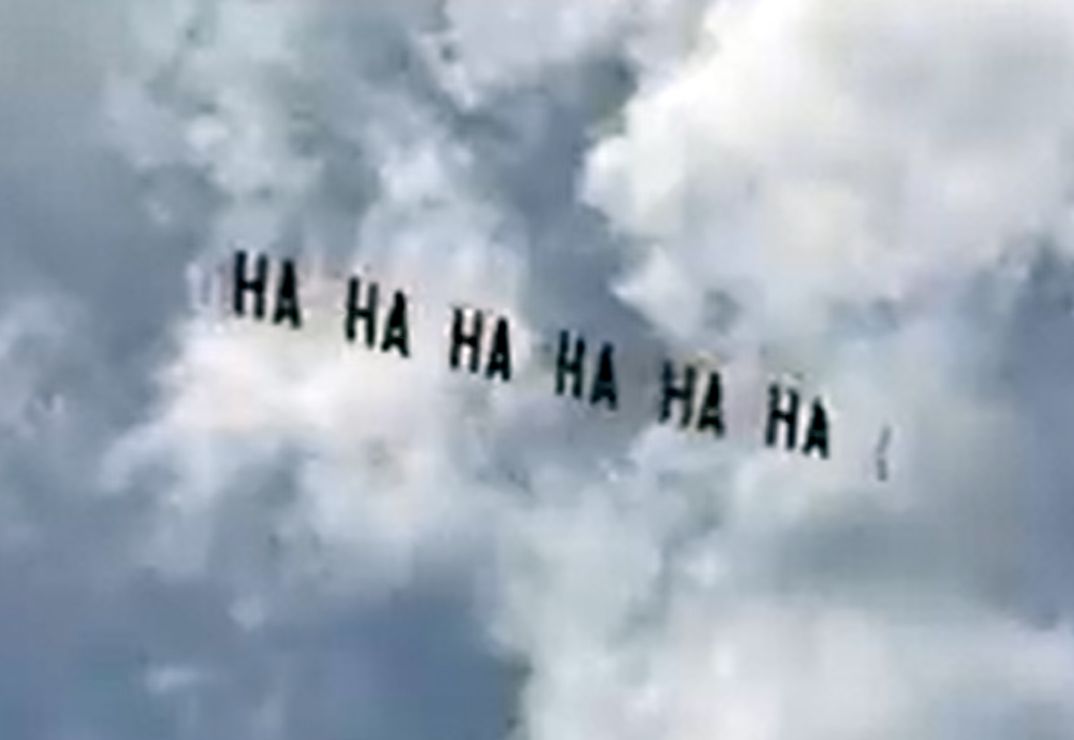 With tensions running high, a small plane flew a banner in the skies near Mar-a-Lago, which was searched by the FBI on Monday.

That banner, which reads “Ha Ha Ha Ha Ha Ha,” flew over former President Donald Trump’s Florida estate for three hours, according to an NBC affiliate in Miami, which says a group of pals spent $1,800 to have that sign flown overhead. One of the organizers said taunting the former president brought him “a lot of joy.”

A Miami man, critical of the former President, tells us he paid $1,800 to have the banner fly around South Florida. @nbc6 @NBCNewsNow pic.twitter.com/pLzlC5jn3P

On Monday, Trump fumed over federal agents’ execution of the search warrant that allowed them to enter the former president’s Florida home while he was testifying in a seemingly unrelated case in New York. Many of his supporters showed up outside the property to show their support.

The National Archives and Record Administration accused the 45th president of taking classified documents from the White House to his private residence in Palm Beach, Fla. Trump raged on social media that Mar-a-Lago had been “under siege, raided, and occupied” by law enforcement.

Attorney General Merrick Garland planned to address the nation Thursday afternoon with information about the search.