The mass was the first big form in Western music. The fifteenth-century theorist and composer Johannes Tinctoris called it the cantus magnus, or “great song.” In its standard structure, it consisted of musical settings of five sections of the Christian liturgy: Kyrie, Gloria, Credo, Sanctus, and Agnus Dei. Before composers began to complicate matters, in the late medieval period, these segments were sung mostly in plainchant—the free-floating monophonic lines that still give an ethereal tinge to traditional Catholic services. The rise of polyphonic music, with its intricately intertwining vocal lines, allowed for an upsurge of complexity, to the point that many church authorities felt that matters had got out of hand. At a climactic meeting of the Council of Trent, in 1562, stern spirits of the Counter-Reformation criticized composers for rendering the words of the mass unintelligible, for giving “empty pleasure to the ear,” for introducing “profane” and “lascivious” elements. Ambitious settings of the mass were hardly forbidden, but the golden age of polyphonic music was drawing to a close.

In this week’s issue, I write about Josquin Desprez (c. 1450-1521), who has long been considered the most formidable of Renaissance composers. When his work began to be rediscovered, in the nineteenth and twentieth centuries, he was hailed as the equivalent of Beethoven: a defiant musical hero, asserting control over every aspect of composition. In that Romantic frame, the mass was seen as a forerunner of the symphony, the ultimate expression of large-scale musical architecture. But this was a distortion of the realities of Renaissance musical life. For one thing, the movements of a mass were sung not all in a row but at intervals throughout the service, with readings and chant intervening. More broadly, the notion of a solitary Beethovenian master belies the active exchange of ideas among Josquin and his fellow-composers—and does a disservice to Beethoven himself.

All the same, Josquin’s masses do occupy a singular place. In them, you feel an obsessive intelligence at work, breaking down materials into fragments and reassembling them in new forms. Even if the movements of the mass were spread out through a service, alert listeners might have picked up on his schemes of repetition and variation. The scholar Rob Wegman points out that a Flemish-French conversation manual from 1543 conjures a group of Brussels citizens who are discussing the music being sung at Mass. They sound very much like latter-day classical-music connoisseurs, trading news of their favorite composers. The artfulness of Josquin and his contemporaries helped to foster such habits. In particular, the genre of the cantus-firmus, or “fixed song,” mass, where a single tune underpins all five movements, encouraged attentive listening: you follow its progress as you would a character in a story.

When critics complained of lasciviousness in Renaissance music, they undoubtedly had in mind the habit of using secular songs as cantus-firmus subjects. The catalogue of likely Josquin works includes masses based on the tunes of “Faisant regretz” (“Feeling regret”), “Fortuna desperata” (“Desperate fortune”), “Malheur me bat” (“Misfortune strikes me”), “D’ung aultre amer” (“To love another”), and “L’Ami Baudichon” (“Our Friend Baudichon”)—the last containing an outright obscenity, con. Josquin, in repurposing this questionable melody for sacred ends, aligns that moment of the song with the “-son” in “Kyrie eleison.” If “L’Ami Baudichon” is indeed by Josquin, scholars assume that it’s an early piece, not only because the counterpoint is relatively unsophisticated but also because the project has a whiff of youthful insolence about it.

Composers had a particular fondness for a tune called “L’Homme Armé,” or “The Armed Man,” using it in more than forty masses. Its lyrics are militant but vague: “The armed man should be feared. / Everywhere the cry has gone out, / That all should arm themselves / With a breastplate of iron. / The armed man should be feared.” Many scholars have associated the song with the sacking of Constantinople, by the Ottoman Empire, in 1453. In the wake of that event, cries for revenge went up across Europe, notwithstanding the fact that Crusaders had sacked and partly destroyed Constantinople in 1204. Philip the Good, the Duke of Burgundy, called for an expedition to win back the city, though he confined his efforts mainly to elaborate courtly pageants. Given that so many composers came from Burgundian lands, the vogue for “L’Homme Armé” masses might have been motivated by the duke’s phantom campaign. And, given that no Crusade materialized, the song may eventually have taken on an ironic tinge.

By the time Josquin wrote his two masses on “L’Homme Armé,” at the end of the fifteenth century, the genre was well established: Guillaume Dufay, Johannes Ockeghem, Johannes Regis, and Antoine Busnois had all made contributions to it. A rising composer would have been expected to follow suit, much as a nineteenth-century composer sooner or later had to write a symphony. Josquin’s “Missa L’Homme Armé super voces musicales,” which is probably the later of the two, has the earmarks of a conscious tour de force—a “Can you top this?” gesture, as Richard Taruskin writes in his “Oxford History of Western Music.” The phrase “super voces musicales” refers to the six fundamental notes of medieval music theory: the equivalents of C, D, E, F, G, and A. Quotations of “L’Homme Armé” ascend from pitch to pitch as the work goes along, with a final leap to A in the last section of the Agnus Dei.

What follows is a brief listening guide to this breathtaking piece. Examples are drawn from a recording by the vocal ensemble Cut Circle, whose director, Jesse Rodin, is a leading Josquin scholar. In the third bar of the Kyrie, you can hear the tune clearly in the superius, or topmost voice. The tenor, which is traditionally the bearer of the cantus firmus, enters at 0:22 with a considerably slowed-down version of the song, its outlines harder to perceive. One telltale detail is a repeated note followed by a drop of a fifth—G, G, C. It is a figure that you can imagine being thumped out on tuned drums, in keeping with the military nature of “L’Homme Armé.” The superius sings it at 0:16; the tenor gets to it at 0:45, with alto and superius making the same sharp plunge.

In the opening section of the Gloria, “L’Homme Armé” sounds first in the bass and then in the tenor. The superius has a contrasting melody—rising a third, then descending by steps—that also appeared in the Kyrie. Scholars believe that Josquin is here acknowledging two great predecessors, Ockeghem and Busnois, who make use of a very similar motif; Busnois does so in his own homage to Ockeghem. In the second section of the Gloria, “L’Homme Armé” goes further underground as the tenor sings it backward, or in retrograde. The voices take on a swirling energy at the end of the movement, embodying a ritual of glorification.

The Credo (“I believe”) sets forth core tenets of Christianity: the nature of the Trinity, Jesus’s immaculate birth by the Virgin Mary, the Crucifixion, the Resurrection, and the eventual Second Coming. Later composers would find quasi-operatic drama in these episodes: the “Crucifixus” of Bach’s Mass in B Minor is an incomparable musical image of enveloping grief, pinned on a descending chromatic bass. Josquin and his contemporaries tend not to engage in such illustrative gestures, but Josquin does devise a conspicuously simple, chord-based, almost hymnal delivery for “Et incarnatus”—Jesus’s incarnation and birth. Listen also for the superius’s pointed attack on the note C in the “Crucifixus” (3:55) and for a dynamic pairing of superius and bass at “Et ascendit” (“He ascended,” 4:55). All the while, the tenor has again been singing “L’Homme Armé” in retrograde. In the closing section, “Confiteor,” the tenor resumes forward motion, finally breaking through the texture more clearly (5:51).

The Sanctus is the section of the Mass that accompanies the Elevation of the Host: the ceremony of the transubstantiation of bread and wine into the flesh and blood of Christ. Josquin first communicates a sense of transfixed awe, as long melismas wind around the thrice-repeated word sanctus (“holy”). With the “Osanna,” at 3:53, the music dramatically opens up. The tenor’s rendition of “L’Homme Armé” is strongly foregrounded, and Rodin chooses to amplify the effect by having his tenor, Bradford Gleim, switch from Latin to French: “On a fait partout crier” (“Everywhere the cry rings out”). Whether this would have been done in Josquin’s time is unknown, but the French words can be seen in a copy of the mass found at the Vatican, one that was probably made while Josquin was singing in the Sistine Chapel. The telltale falling fifth pings around other voices, creating an insistent pulse.

Mass composers traditionally save their most spectacular effects for the finale, the Agnus Dei. Josquin does not disappoint. Once again, his mind seems to be on the wizardly Ockeghem, who may have mentored him. One of Ockeghem’s signature feats was his “Missa Prolationum,” in which paired voices sing the same material at different speeds. At 2:11, Josquin pulls off the trick of having three voices execute a “mensuration canon,” as this procedure is called: the altus is slowest, the bass sings at double speed, the superius at triple speed. In the final section, the superius takes over the tenor role, unfolding “L’Homme Armé” at a stately pace, its sustained notes shining above the helter-skelter lower voices. Josquin adds the coded instruction clama ne cesses (“cry without ceasing”), meaning that the superius should skip the rests. The closing plea of dona nobis pacem—“grant us peace”—elicits repetitions of almost desperate insistence (6:00). The belligerence of the Armed Man has been swayed toward peaceful ends. Five centuries after Josquin’s death, human history has yet to make the same turn. 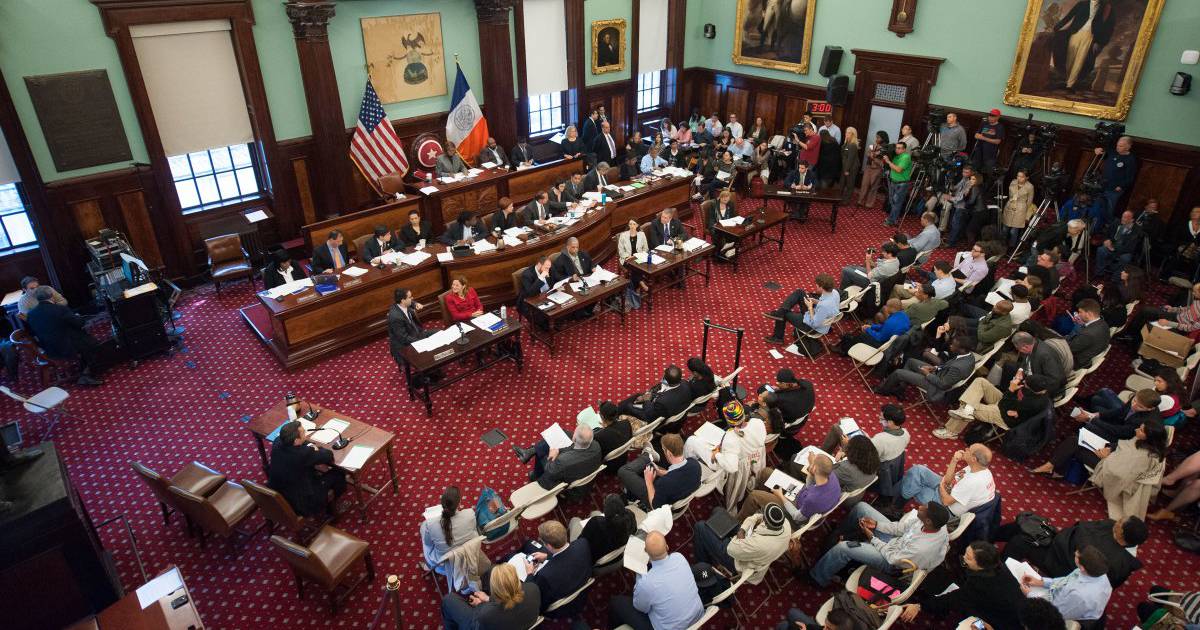