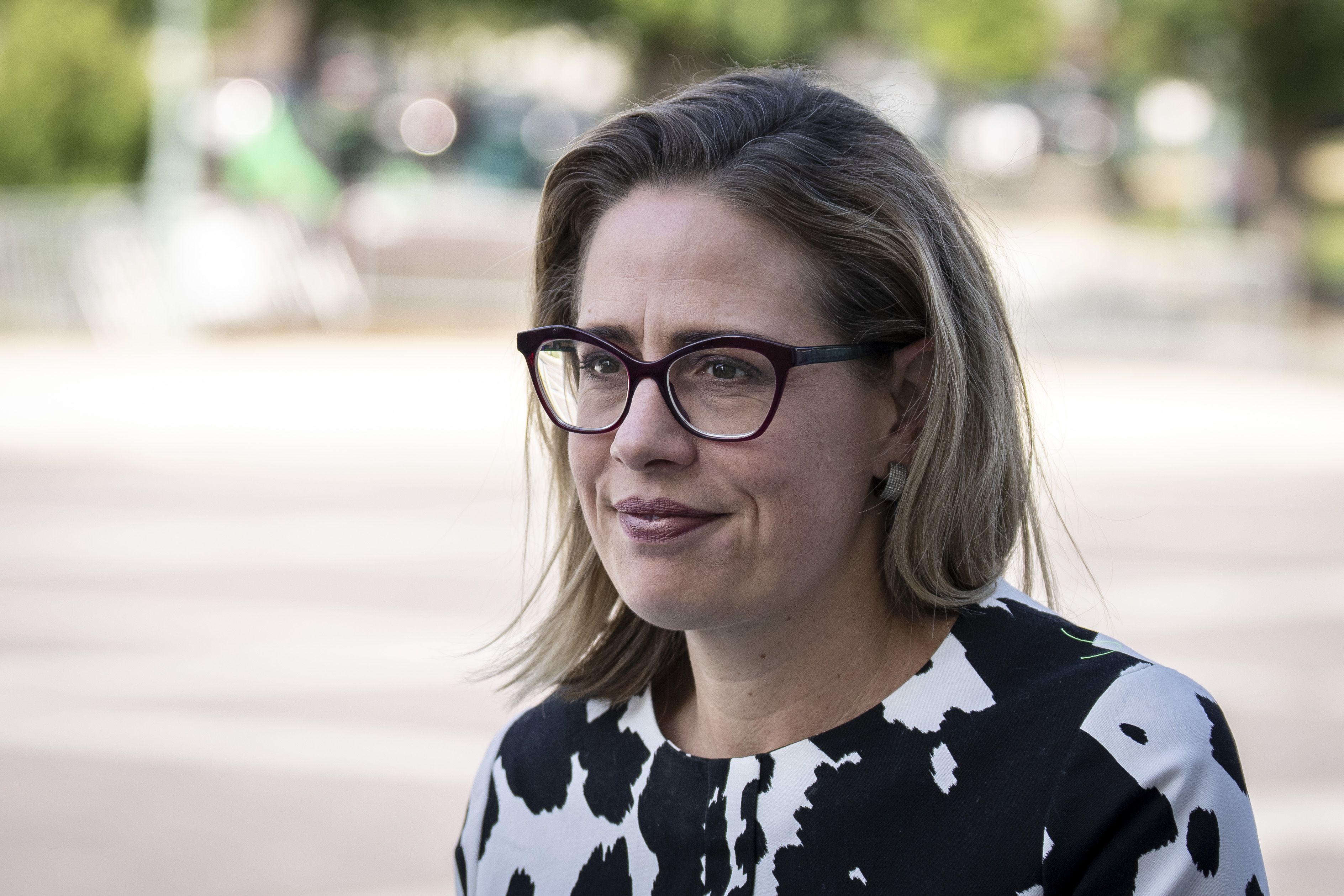 Speaking at an event sponsored by McConnell’s foundation, Sinema gushed about her relationship with the man despised by most Democrats as the most prominent roadblock to their domestic agenda.

“Sen. McConnell and I have forged a friendship, one that is rooted in our commonalities, including our pragmatic approach to legislating, our respect for the Senate as an institution,” Sinema said.

“She is, today, what we have too few of in the Democratic Party: a genuine moderate and a deal-maker.” pic.twitter.com/hTNo6k52p9

McConnell was equally unstinting in his praise for Sinema, a first-term moderate.

“She is, today, what we have too few of in the Democratic Party: a genuine moderate and a deal-maker,” he said, adding that Sinema is “the most effective first-term senator” he’s ever seen.

The first-term lawmaker is the most prominent moderate Democrat in the Senate along with Sen. Joe Manchin (D-W.V.) and has helped maintain the filibuster that prevents most legislation from passing without a super-majority of 60 votes.

Sinema represents a fast-changing battleground state in Arizona, making her a prime target for a primary challenge when she faces reelection in 2024.

Sinema’s sky-high disapproval ratings, particularly among Democrats, have sparked some speculation that she could switch parties or perhaps declare herself an independent, even though she has vehemently denied it. Either move could have seismic repercussions in the evenly divided Senate.