“I was born in Manhattan. My parents are from the Dominican Republic. I lived the first nine years of my life in Manhattan, but I lived in a place called Inwood. I don’t know if you know New York, but Inwood is at northern tip of Manhattan. It narrows. The island of Manhattan is really narrow,” she said, not taking a breath. “So, there’s a bridge — well, two bridges — that connect you to the Bronx. Actually, there’s three bridges. And I lived in this area where two blocks from me, there was the river. And I would look across the river, the Bronx was there.”

Her father, she says, had a liquor store in the South Bronx, where they’d visit every day after school. It was so close to Yankee stadium that you could hear the roar of the crowd on game days.

“My connection to the Bronx is very, very deep. We eventually moved there, but I’m not technically from the Bronx.”

This geography lesson is not unlike everything Peña makes as a filmmaker: the storytelling power is in the infectious energy she puts into it and her laser-sharp specificity. Her short film “Full Beat,” for example, is a moving piece about a trans teen who finds an ally in a most unlikely place when she needs one the most.

Peña keen eye and singular tone are an increasingly hot commodity in an industry clamoring for distinct voices.

She is, however, committed to doing things her own way — a spirit that has served her well since the days she’d sell drawings on the playground for a dollar a piece.

For her latest work — an anthology feature titled “Trans Los Angeles” — she took matters into her own hands. Through fundraising and grants, she’s culled together $150,000 to make part of project a reality. This came after years of hitting roadblock after roadblock in the industry.

“I didn’t dare to ask Hollywood for money when I graduated from film school, because I’m a logical person,” the City College of New York alum said. “I didn’t dare to do that until I went to film school for four years, then I worked for like seven, eight years on my craft.”

The industry, Peña said, supports “members of the dominant culture” while they’re still in film school, while film students who are persons of color have to wait for years for their time to arrive.

And even then, sometimes, doors never open.

And she’s doing it. She’s been able to complete two of four parts and is hoping to raise $350,000 to complete the last two installments of “Trans Los Angeles.”

Carmen Carrera, Stephanie Beatriz of “Brooklyn Nine-Nine” fame and YaYa Gosselin star in one installment about a Latinx trans woman. Other installments tell stories about a 10-year-old Black trans girl whose dad is a gang member, another about a White trans man and another that’s all in Spanish about a trans woman from El Salvador who is seeking asylum.

Whether the project is celebrated with accolades or not, Peña is empowered by the fact that she’s taken control of a narrative that too often has been out of the trans or Latinx community’s hands, both of which she is a part.

Every year, when trans or Latinx stories not made by members of those communities are celebrated, it is “painful,” she said, because it means a host of lost opportunities for people from those marginalized communities.

“Notice all those White filmmakers who told those stories about Latinx people, notice how they never came back to our communities to tell another one of our stories. It’s because they moved on,” she said. “They blew up and now they’re doing their stuff. Me — or any one of us — we will come back because this our community. I tell people, I don’t care if I direct a movie with a $100 million budget tomorrow, I will always come back to tell the story of my community. This is how I started, and I care about the stories.”

For Peña, it is also about more than just a moment. It’s about taking control of the narrative now for future generations.

One good thing? That people from a hundred years from now will know Kase Peña. 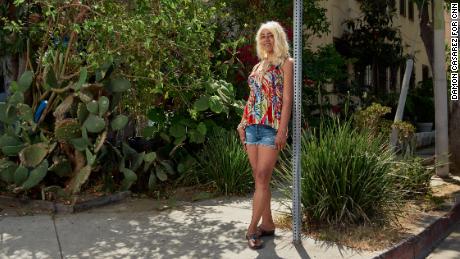 Latina…de dónde?: First generation American, daughter of immigrants from the Dominican Republic, born and raised in Manhattan and the Bronx.

Latinx trope I’d banish forever: “When Latinx people are portrayed as having an accent for laughs. There’s nothing wrong with having an accent. Many people in this country and the whole world have accents. It’s not something to be laughed at. On TV, that’s the norm. So if you have an accent, you’re never taken seriously. There are people who have accents who have doctorate degrees from their country. Also, something someone told me years ago was, ‘You know what they say about people with accents? They speak multiple languages.’ How are you going to laugh at somebody who speaks multiple languages?”

Latinx actor/actress I think will a huge star one day: “Carmen Carrera, who just starred in my film ‘Trans Los Angeles.’ She’s been trying to act for many years and Hollywood has told her that she can’t do it. She just played the lead in my film and everybody is raving about her performance.”

Overused line that executives say when passing on a Latinx project: “‘We already have a Latinx show,’ which is the same people transgender people hear. ‘Oh, we already did a transgender show.'”