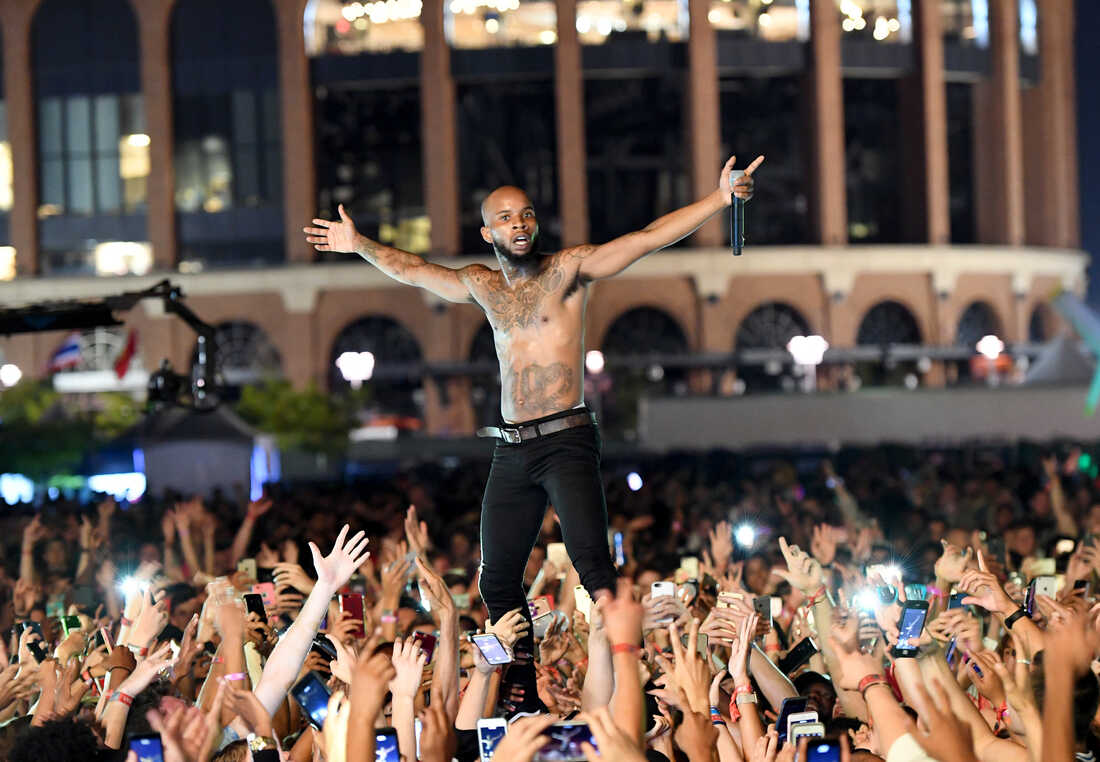 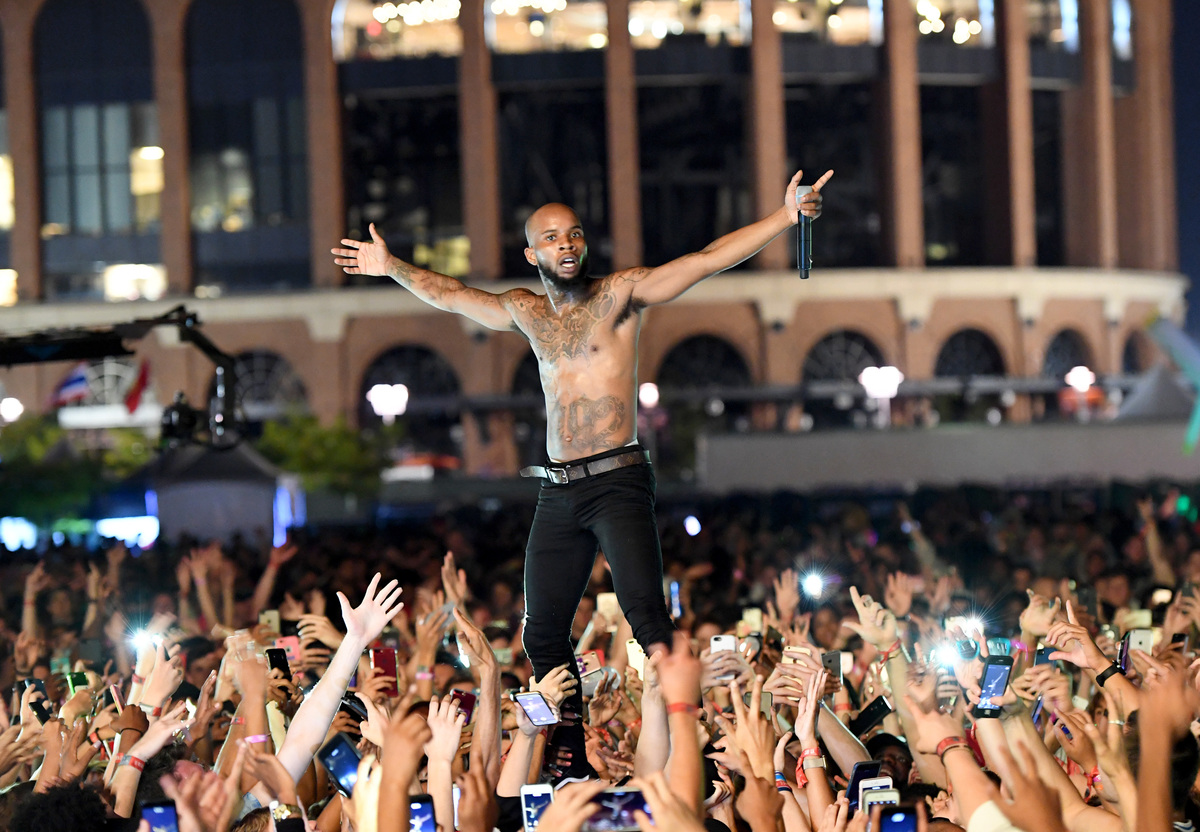 Lanez is facing charges of felony assault with a semiautomatic firearm and carrying a concealed firearm in a vehicle.

He has pleaded not guilty.

If Lanez is convicted, the Canadian rapper could face more than 22 years in prison.

From conflicting testimonies to rescheduled hearings to the involvement of fan bases and even fellow musicians, the hip-hop scene has been divided over the case.

With opening arguments slated to begin once 12 jurors are selected, here are key events that have led up to this moment — and what to expect next.

This story will be updated with more critical moments throughout the trial.

Footage of Lanez and Stallion hanging out together — during the height of the pandemic when health officials asked people to social distance — is shared across social media.

Lanez is pulled over and arrested for carrying a concealed firearm in his vehicle. Stallion, who is present during the arrest, is taken to the hospital because of a foot injury.

In what TMZ reported was footage of the arrest, a person can be heard in the video saying, “Megan, are you OK?”

“On Sunday morning, I suffered gunshot wounds, as a result of a crime that was committed against me and done with the intention to physically harm me,” Stallion wrote. “I was never arrested, the police officers drove me to the hospital where I underwent surgery to remove the bullets.”

Stallion discusses the backlash she’s received since revealing what happened.

“It might be funny to y’all on the internet and just another messy topic for you to talk about but this is my real life and I’m real life hurt and traumatized,” Stallion wrote on Twitter.

Black women are so unprotected & we hold so many things in to protect the feelings of others w/o considering our own. It might be funny to y’all on the internet and just another messy topic for you to talk about but this is my real life and I’m real life hurt and traumatized.

Stallion publicly identified Lanez as the person who shot her.

“You shot me, and you got your publicist and your people going to these blogs, lying and s***,” Stallion said on Instagram Live. “Stop lying. Why lie? I don’t understand. I tried to keep the situation off the internet, but you’re dragging it.”

Lanez — whose legal name is Daystar Peterson — releases DAYSTAR, an album packed with lyrics that assert his innocence and cast doubt on whether Stallion was shot.

“How the f*** you get shot in your foot, don’t hit no bones or tendons?” Lanez raps on “Money Over Fallouts.”

Stallion’s performance on Saturday Night Live includes references to the shooting. Rapping in front of a backdrop with the words “Protect Black Women,” Stallion comments on racism, sexism and gun violence.

“On July 12, the defendant and the 24-year-old victim got into an argument while riding in an SUV in the Hollywood Hills,” prosecutors said in a news release. “The victim exited the vehicle and Peterson is accused of shooting several times at her feet and wounding her.” (Stallion was actually 25 at the time.)

Lanez is also charged with carrying a loaded and unregistered firearm in a vehicle as well as “a gun allegation and that he personally inflicted great bodily injury,” according to the release.

A judge issues a protective order against Lanez, forbidding him from getting within 100 yards of Stallion.

“You have been served orally and the court is ordering your attorney to provide you with that protective order,” Los Angeles County Superior Court Judge Miguel Espinoza told Lanez, according to the New York Daily News.

In an op-ed for The New York Times published the same day, Stallion discusses the alleged assault by Lanez.

“I was recently the victim of an act of violence by a man,” she writes. “After a party, I was shot twice as I walked away from him. We were not in a relationship. Truthfully, I was shocked that I ended up in that place.”

Stallion releases Good News, an album containing a track that references the case.

Lanez allegedly yelled “dance, b****!” as he fired at Stallion, who he described as being “half in, half out” of the car.

“Megan immediately felt pain to her feet, observed blood, fell to the ground, and then crawled to an adjacent driveway of a residence. … She described her injuries as bleeding profusely,” Stogner said, according to Rolling Stone.

A social media post falsely claims that a pre-trial hearing revealed that Lanez’s DNA was nowhere to be found on the gun. The misinformation gains traction.

Stallion performs a song at Coachella with references to Lanez. Ahead of her performance, Stallion teased the new song — later released under the name “Plan B” — online.

Stallion drops the album Traumazine, which includes another song that references the shooting. 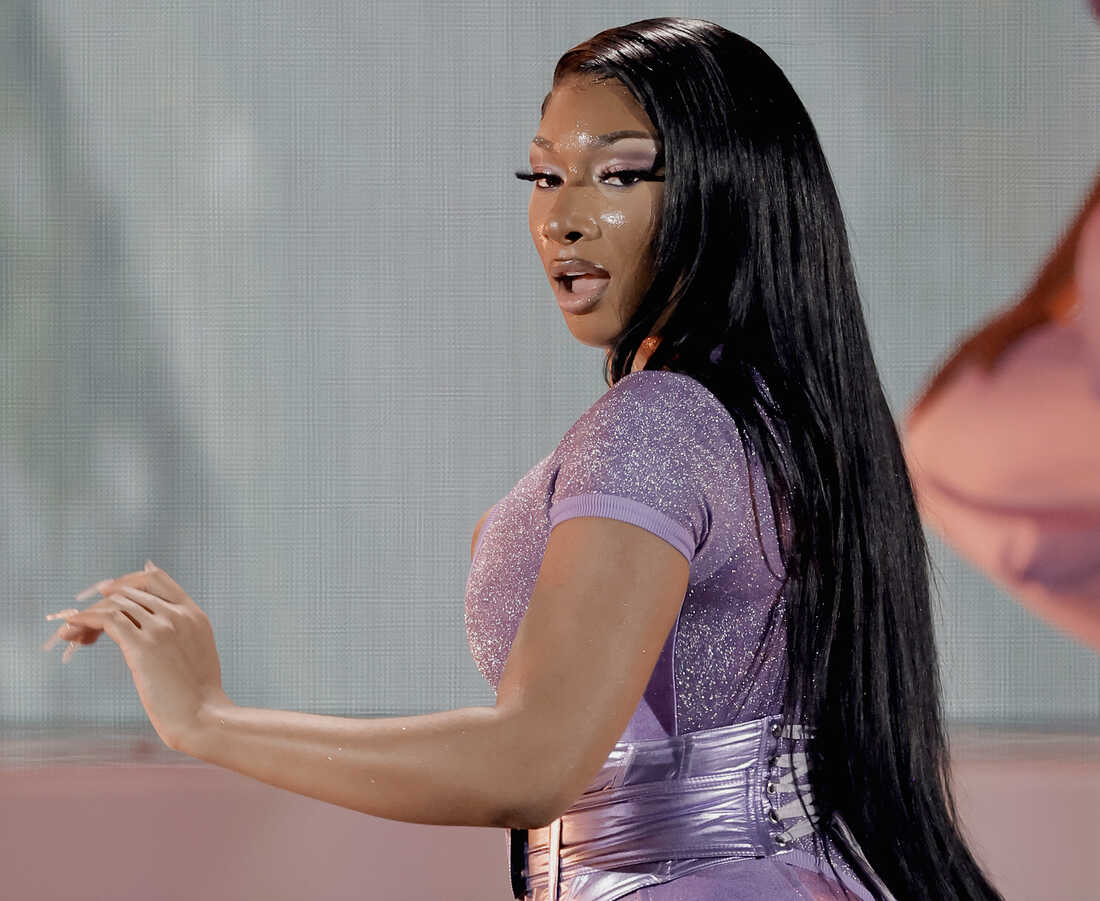 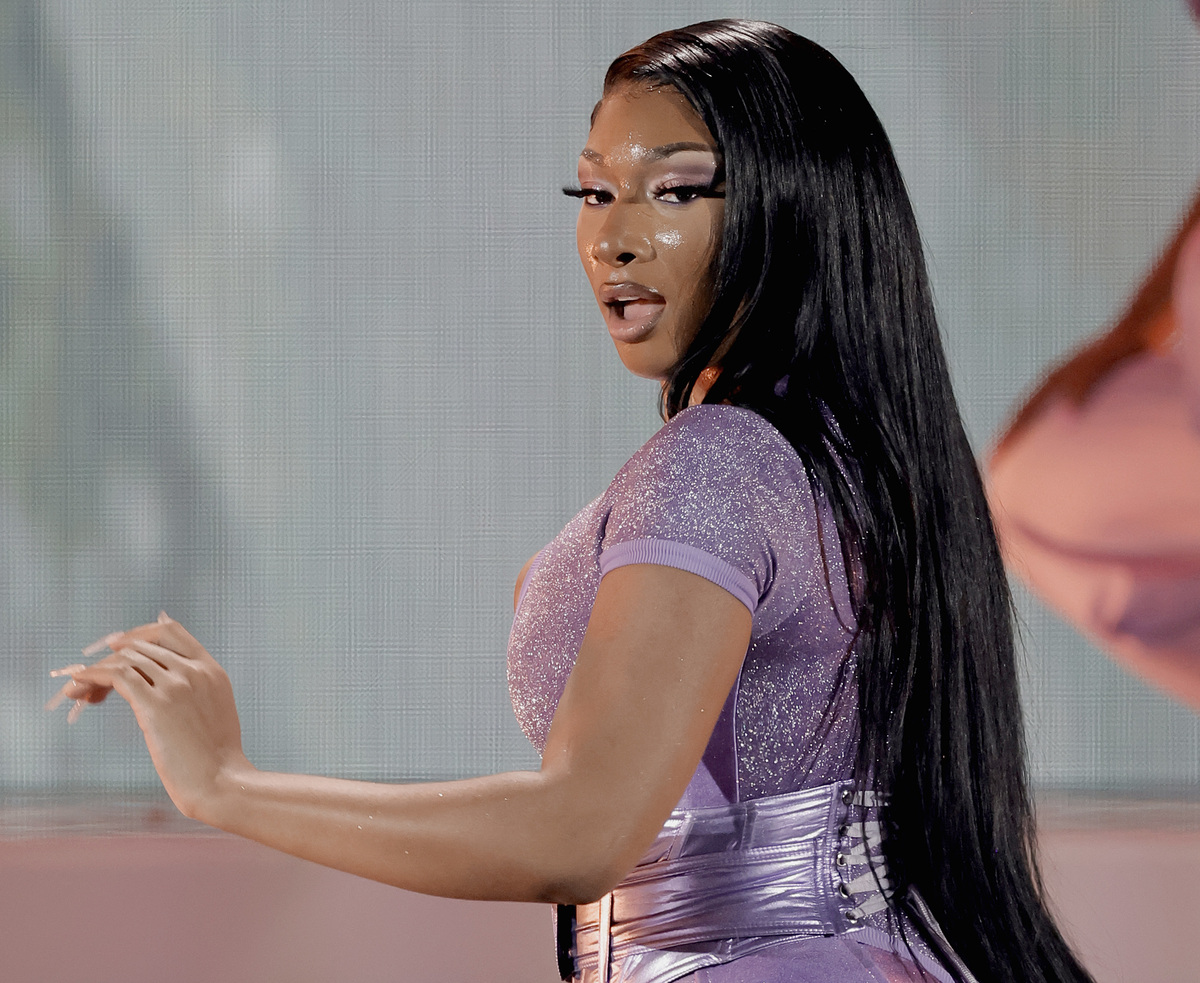 Singer August Alsina claims that Lanez assaulted him. Alsina shared a photo of himself in an elevator, with blood on his face, detailing his exchange with Lanez.

“There was never a ‘fight’!” Alsina writes in the lengthy post. “Simply an Assault. Dude has no real friends, and is on a crash out mission.”

Rapper DaBaby releases Baby on Baby 2, an album that features the song “Boogeyman,” with lyrics referencing the incident.

“You play with me, that s*** was childish,” DaBaby raps. “The day before she said that Tory Lanez shot her, I was f***** on Megan Thee Stallion.”

In an interview with the Off the Record podcast, Lanez acknowledges the trial and the decades of prison time he could face.

“Guys, I am actively facing 24 years next month,” he said.

Lanez is placed under house arrest until the trial begins. He’s also ordered to wear an ankle monitor at all times. The decision is made citing another violation of Lanez’s bail in which he allegedly attacked singer August Alsina.

Rappers 21 Savage and Drake release a new album, Her Loss. It includes “Circo Loco,” where Drake references the shooting and casts doubt on Stallion.

Jury selection for the trial begins in Los Angeles.

Community College Is Free in Some States. Here’s How to Pay Where It Is Not

Citi Can Help You Score Tickets to See Beyoncé

These Apps Will Keep Your EV from Running Out of Juice

Raycast Is the Launcher App Apple Wishes It Made

Apple’s HomePod Can Hear You. You Might Not Want To Hear It

People are calling for TikTok to be pulled from app stores in the U.S.

Meta’s Gruesome Content Broke Him. Now He Wants It to Pay

Rutgers Men’s Basketball Turns the Garden Red for One Day

If the Ironman World Championship Doesn’t Happen in Kona, Did It Even Happen?

How to watch the 2023 Grammy Awards: Time, channels and more | CNN

Why I Have Decided to Give Up Kidnapping

The New G.O.P. Takes the Country Hostage with the Debt Ceiling

‘Give me a break’: Ex-CIA official on US response to Chinese balloon | CNN

On GPS: the spy-balloon frenzy | CNN