An animal sanctuary in the Democratic Republic of Congo (DRC) is facing demands for ransom money, after kidnappers abducted three of its baby chimpanzees.

“This is the first time in the world that baby apes were kidnapped for ransom,” Franck Chantereau, founder of the sanctuary where the kidnap took place, told CNN on Friday.

His sanctuary, called Young Animals Confiscated in Katanga (abbreviated to JACK in French), is in Lubumbashi, close to the border between the DRC and Zambia, on a key route from Congo to South Africa through which apes are smuggled to the rest of the world.

Kidnappers broke into the sanctuary around 3 a.m. on September 9, Chantereau said, and took away three of the five baby chimpanzees that he had rescued so far this year – César, Hussein and Monga. He later found the other two hiding in the kitchen.

An hour after the break-in, Chantereau’s wife received three messages and a video of the abducted chimps from the kidnappers.

“They told us that they had planned to kidnap my children because they were supposed to come here on vacation. But they didn’t come so the kidnappers took these three babies hostage and demanded a large amount of ransom from us,” Chantereau said.

The kidnappers claimed to have drugged the chimps and threatened to hurt them if Chantereau didn’t pay the ransom.

“Obviously, it’s impossible for us to pay the ransom,” Chantereau said. “Not only do we not have the money, but you need to understand that if we go their way, they could very well do it again in two months, and also we have no guarantee that they will return the baby to us.”

Chantereau was also concerned that it would open the door to further abductions. “There are 23 sanctuaries across the continent doing this. If we pay the ransom, it could set a precedent and it could give ideas to others, so we must be extremely vigilant,” he said.

“We will not give in to this kind of demand,” Michel Koyakpa, media adviser to DRC’s environment minister, told CNN on Friday.

“(The kidnap) is inhumane and unnatural,” Koyakpa said.

The authorities are still investigating and trying to identify the kidnappers, in the hope of finding them in the coming days or weeks, according to Koyakpa.

The kidnap is “the first of its kind in the history of the DRC,” he added.

This is not the first time that Chantereau’s sanctuary has been targeted, however. Months after its foundation in 2006, a group of people broke in during the night and set fire to the baby chimps’ sleeping place, killing two out of the five that were there at the time.

In September 2013, the sanctuary’s education center was set ablaze, but there were no casualties, according to Chantereau.

It has now been almost two weeks since Chantereau last received any proof from the kidnappers that the chimpanzees were still alive, and he is worried.

“We can’t get back to our daily life, we are completely devastated,” he said.

But Chantereau said the kidnapping won’t shake his determination to save baby chimps from the clutches of smugglers.

“To catch the babies, they have to kill the entire family in the jungle, usually between 8 and 10 individual apes, and a lot of the baby apes will die before reaching their final destination,” Chantereau said.

Many of the buyers of the smuggled babies are wealthy people who want to keep exotic animals in their homes, according to Chantereau.

“They don’t understand the consequences of their actions because for one little baby to arrive in their hands, at least 10 have been killed,” he said.

It’s also dangerous, as chimpanzees grow up quickly and an adult chimpanzee can kill an adult human with its bare hands.

Chantereau is not hopeful about the future. “I know that unfortunately it (kidnappings) will happen more and more often,” he said.

“All these animals are becoming rarer in the forest. We in the sanctuaries, we have animals, they are healthy. It’s clear that it’s much easier for these people to attack us.” 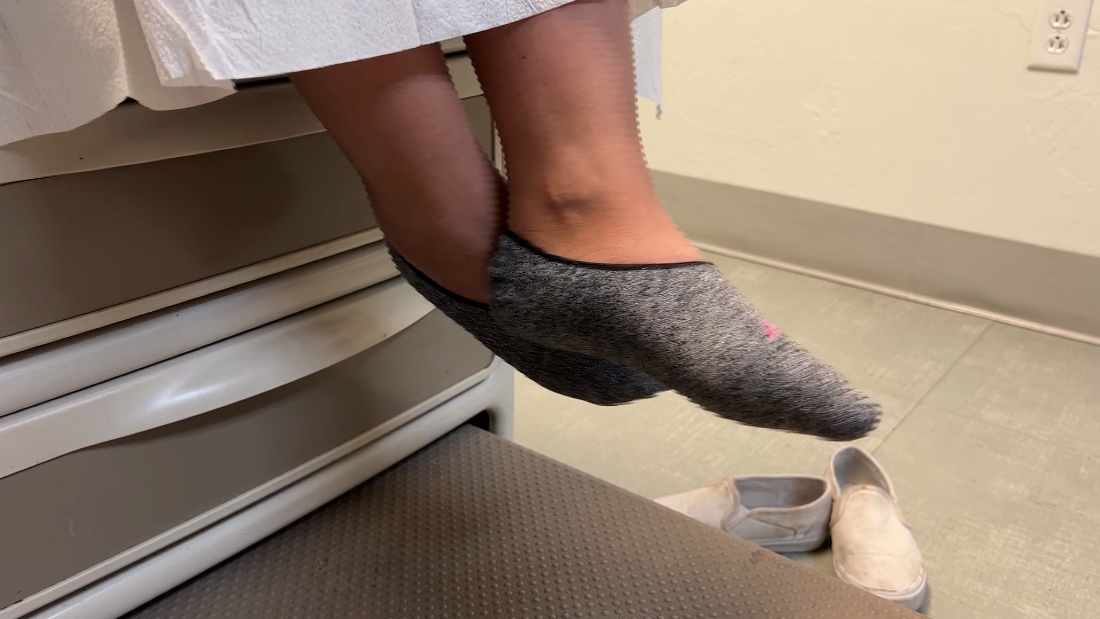 Hear how a mother made the choice for abortion – CNN Video