Certain ironies are too bitter to need articulating. They inspire a nonverbal response—one’s head slumped and held in one’s hands, as one shakes it in disbelief. So it is with the fatal shootings at an Independence Day parade in Highland Park, Illinois, on Monday, the latest in the long, unending line of gun massacres that increasingly decorate American life. This one, which featured a melodramatic neatness that would embarrass the maker of a “Batman” movie, involved the superimposition of seventy rounds of murderous gunfire and Fourth of July fireworks. At this point, Americans are permanently uncertain which sound is which. Once again, the elusive question of motive—this killer even, in another awful horror-movie note, disguised himself as a woman as he left his rooftop perch, to avoid detection—was less important than the trauma that will never leave the minds of the families or the observers. “I don’t think the average person has to see a body eviscerated, or a head injury that’s unspeakable, to understand that,” a doctor who attended the parade and cared for the wounded said. “They shouldn’t have to see that to understand what the problem is with this country.”

The murderer had, predictably, a rapid-fire military-style weapon—of a kind banned in Highland County, as they surely are for civilians in most parts of the world. But bans are of limited use in a country where guns are so widespread. The question of whether this or that particular gun measure would have stopped this or that particular massacre is increasingly pointless to pursue. It is the totality of gun restrictions weighing on the availability of guns that reduces gun violence. The familiar screams of objections (“It wasn’t an AR-15! It was an AK-47!”) are a sorry sign of the fetishistic intensity of the crisis; no one needs to know exactly what make of gun it is to know that it’s the kind of gun that should never be in the hands of anyone except soldiers. We stop gun violence by stopping guns, and arguing which gun is which is a way of avoiding the necessary solution. The solution is simple: every time we restrict access to instruments of mass killing, we insure the greater safety of our children. Every time we prevent someone from getting their hands on another gun, we are making the country safer. Gun control acts on gun violence as antibiotics act on infections, and as vaccines act on viruses: not infallibly and not every time, but over all with efficacy and tangible consequences.

The massacre comes on the heels of the Supreme Court’s decision, on June 23rd, to make it impossible for New York State to enforce its commonsense measure against the “concealed carry” of handguns. The decision arrived, of course, the day before the Court’s right-wing Justices overturned Roe v. Wade, after a half century. In the two decisions, the conservative Justices showed, of course, a complete lack of the type of minimal consistency that we identify with good-faith jurisprudence. In the first, they affirmed the Court’s right to intervene in democratic decisions made by the States, in defense of a contested constitutional right; in the second, they affirmed the Court’s complete inability to intervene in democratic decisions made by the States, even in the face of a long-settled constitutional right. In one decision, the desire of the people of New York not to have everyone conceal guns in their waistbands has no bearing on gun lovers’ right to pack. In the other, the desire of the people of Mississippi to deprive women of the right to abort their pregnancies is just, well, the people’s choice. A great American once wrote that consistency is the “hobgoblin of little minds,” but for credible judges it’s paramount.

One might deduce that perhaps what the conservatives on the Court want is not conservatism, nor the pursuit of any particular judicial philosophy, but the execution of a long-standing agenda of radical right-wing ideas. Various strenuous efforts have been made to reconcile the inconsistency—the notion, for instance, that the right to own any gun you like is a right found originally in the Constitution, whereas the right to privacy is a phantom right, only recently deduced from it.

The idea is ridiculous: both are as real and as phantom, it now seems, as the conservative majority chooses to make them. The right to individual ownership of guns never existed in anything except the reveries of the N.R.A. until District of Columbia v. Heller, in 2008. Indeed, the Second Amendment decision was drawn against the plain sense of the Constitution’s text, which after all includes the words “well regulated.” The belief, on the other hand, that an overwhelming right to privacy is implicit throughout the Constitution isn’t the least fantastical. That concept has long sat at the heart of democratic life. The idea of privacy is as vital to humankind as the idea of liberty, which it complements. It is the core of what it means to live as a free person in a free society. An overriding conception of privacy is at the heart of the right to contraception, or of the right to marry whom one chooses instead of those whom the State allows. And it is, of course, no accident that Clarence Thomas, in his vituperative opinion on the reversal of Roe, points directly at eliminating those other rights, as well.

The two decisions and their contradictions clearly undercut the credibility of the Court. One long legal study of the question insists legitimacy depends, in part, on the perception that “a Justice should apply her preferred approach consistently across cases, with candor and in good faith.” No reasonable person reading the two decisions can believe they were made in good faith. It is obvious that they were made to suit a fixed political agenda, reasoned backward from the vengeful results. “How does the dissent account for the fact that one of the mass shootings near the top of its list took place in Buffalo? The New York law at issue in this case obviously did not stop that perpetrator,” Alito wrote, in his concurring opinion on the gun case. It’s the kind of argument one might expect from a YouTube commentator—“See, they still have knives in London!”—as though the fact that a law has been broken shows that a law can never work. By this standard, no law could ever accomplish anything.

Alito and Thomas and the rest were not engaged in a disinterested scrutiny of rights and rules. They were not acting in good faith, nor trying to find a consistent line of reasoning. A wiser Court with a more Solomonic temperament might have prudently sacrificed one decision for the other, in an effort to at least appear to be consistent. It might have decided not to issue both decisions in the same week. But it is plain from the tone and attitude of the Court’s conservative majority that the only temperament it wanted to display was a regal one—the right to rule by whim. We do this because we can.

And so several normally moderate and sensible people—including the commentator Dahlia Lithwick—have not hesitated to call this court’s legitimacy into question, and confidence in the Court is at an all-time low. Yet to speak of the Court’s loss of legitimacy, we’re warned, is to risk joining with those who subvert democratic institutions or declare the 2020 election illegitimate.

There is a vast conceptual difference here, however, called basic fact. The truth is that, whereas the 2020 election was inarguably free and fair and democratic, the Supreme Court is—in a straightforward, empirical sense—no longer a representative institution reflecting, more or less, the will of the American people. Instead, thanks to the Electoral College and the Senate, two of the least representative bodies in the federal government, the Court is elevating a minority view to power through a series of undemocratic measures and actions. Three current Justices were appointed by Donald Trump, a man who lost the popular vote in 2016 and now stands exposed as an avowed enemy of the American constitutional order. That the conservative majority he created still demands absolute deference would likely strike the citizens of any other country as bizarre and irrational.

We speak of six, but in truth it’s clear from his quaking dissents that Chief Justice John Roberts lives in fear of being the man on whose watch the Supreme Court loses its legitimacy. He knows perfectly well that the Court’s legitimacy ought to be on the line when it makes radical, anti-democratic decisions, guided by religious fanaticism and sheer bloody-mindedness—that is, the will to get even with your opponents, even in the face of common sense and with people dying in the streets. Yet, although we have had indignation from the President, where has the intensity of passion gone in our politics? The passion felt by people like the Highland Park doctor, who saw the results of unending gun violence, seems drowned out by obsessive proceduralism. Pragmatism is a beautiful thing, but meaningless without principle.

One of the multiple crises of our time is the “crisis of no consequences.” But the only way that John Roberts and the conservative majority will feel that the Court’s legitimacy is on the line is if it is—if they fear the scale and scope of the reaction to their decisions. As people die in the streets in ever greater numbers, and as women’s autonomy grows ever more curtailed, calling out the Court’s legitimacy may be the only way to save it. ♦ 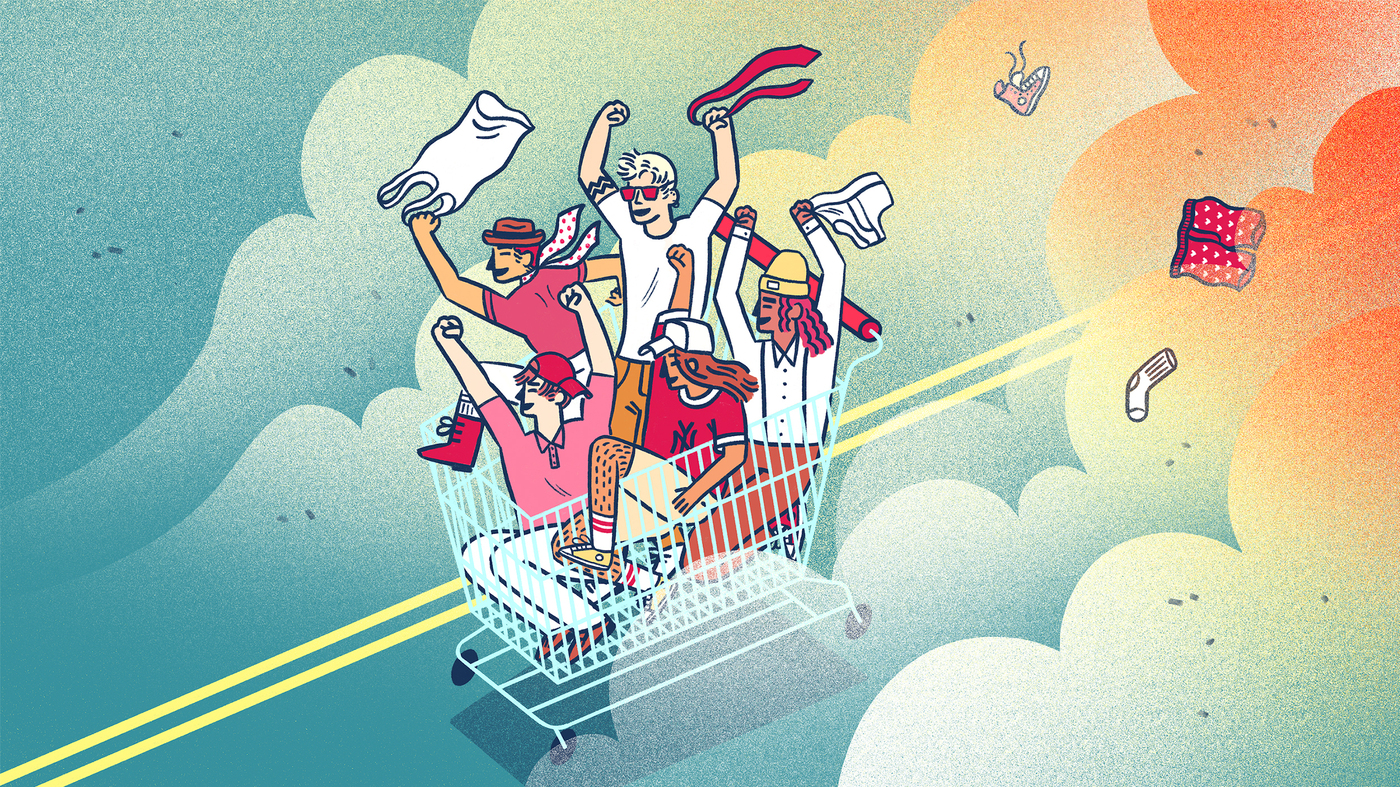 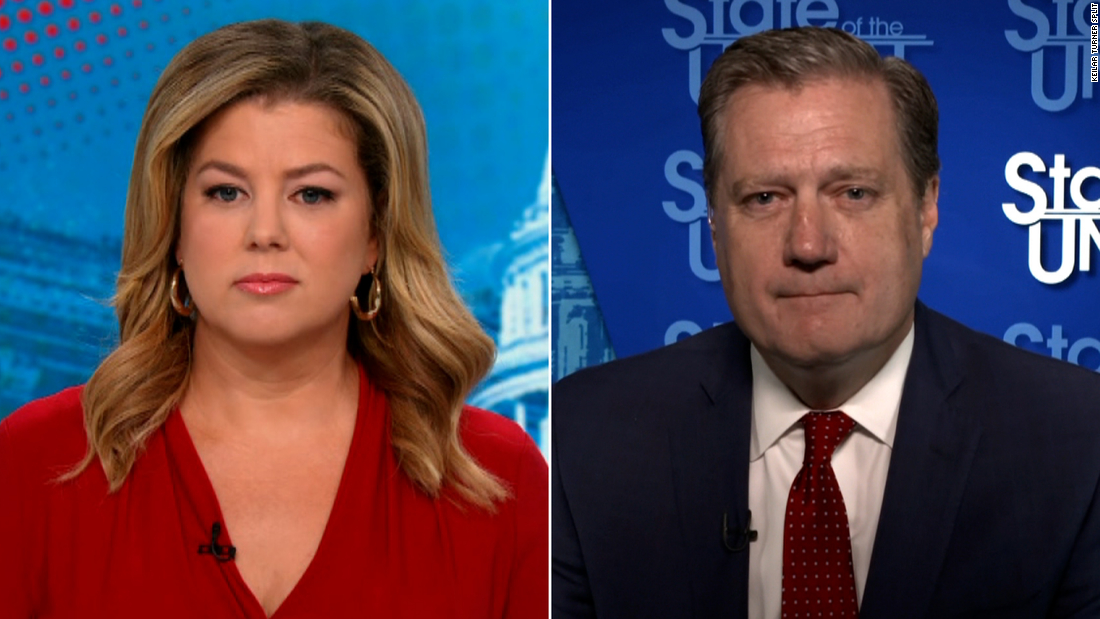